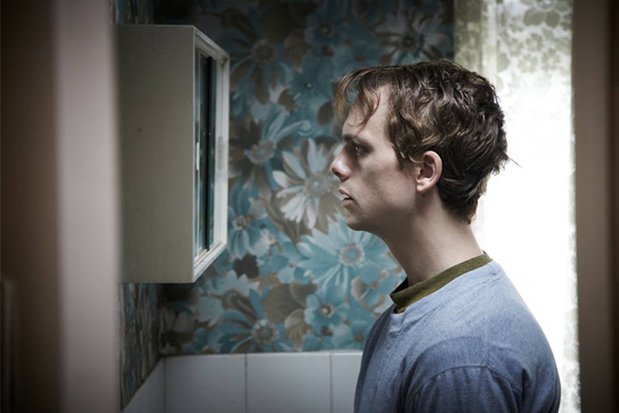 Some Things Mean Something is a short film written, directed and produced by Dee Meaden and funded by Film London.

Tony, a thirty year old man with learning difficulties, lives at home with his exhausted single mother.
Tony has never known his father but on his thirtieth birthday he receives a greeting card from him. The card contains a sentimental rhyming poem which Tony instinctively believes 'means something'.

After an inspiring first meeting with writer and director Dee Meaden we produced mood boards for the visual look and feel of the film.
The story has a feeling of stillness and timelessness. It was important that the look and feel of the house where Tony and his Mum, Rosa, lived reflected this and be non-specific in terms of location and period.
Each of the four main rooms of the house share this feeling of stillness, with a sense of exclusion from the bright, busy world outside, which is hinted at through sunlight that comes in though the half drawn curtains in the dimly lit rooms. 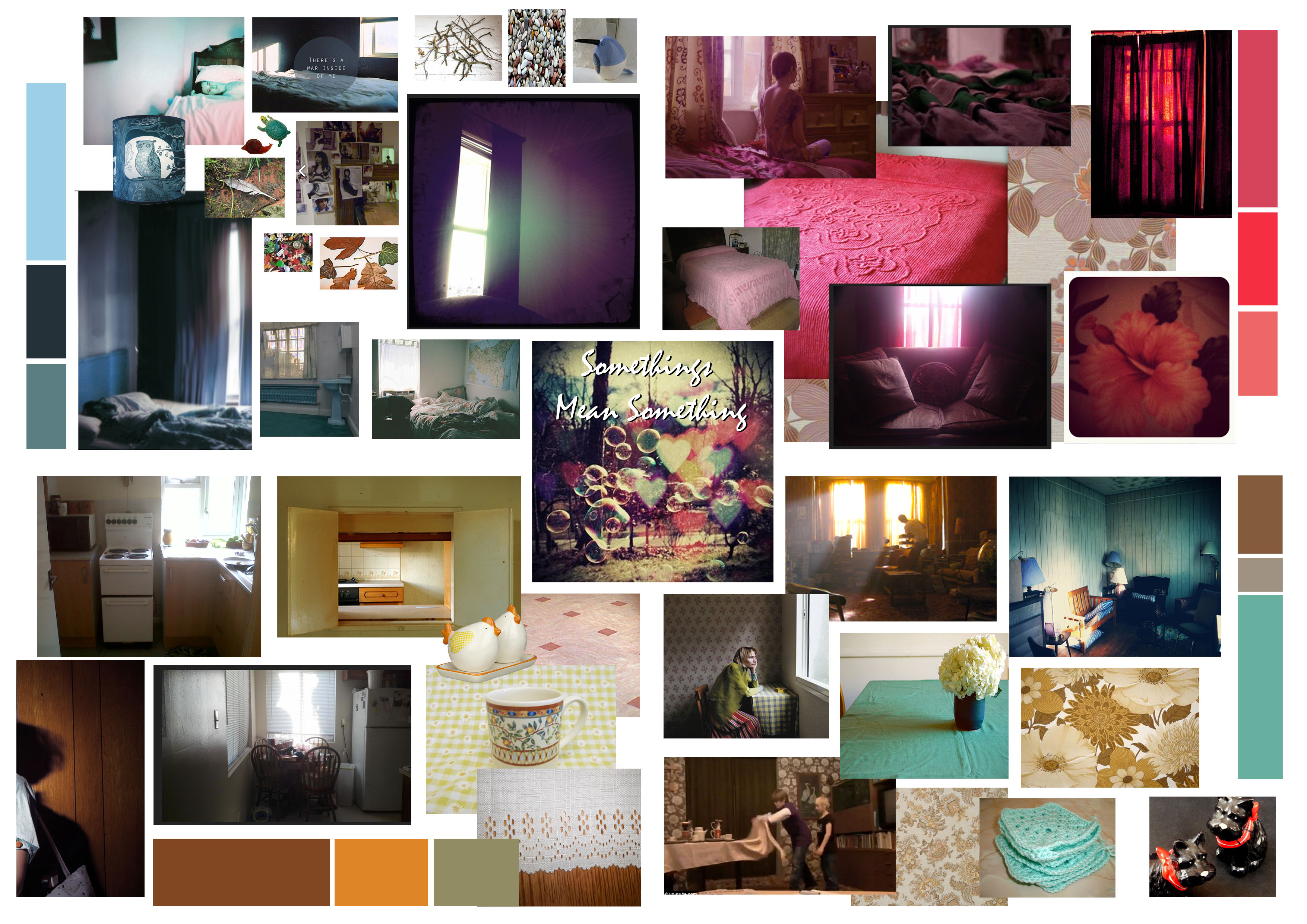 We were incredibly lucky to find an amazing location for Rosa and Tony's house in South East London. After our first visit to the house with Dee Meaden and DoP Ollie Verschoyle we produced design sketches for each of the main locations within the house 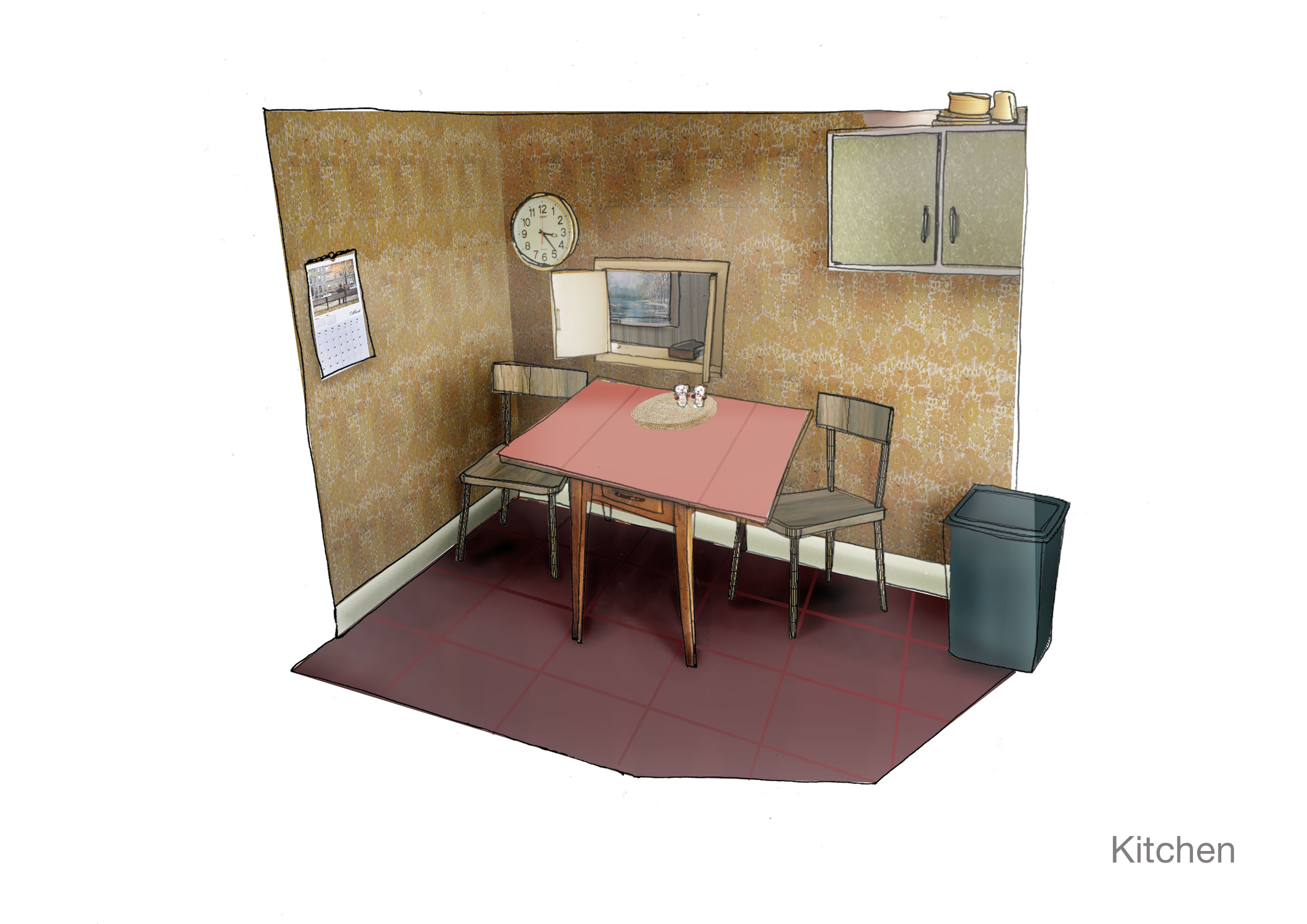 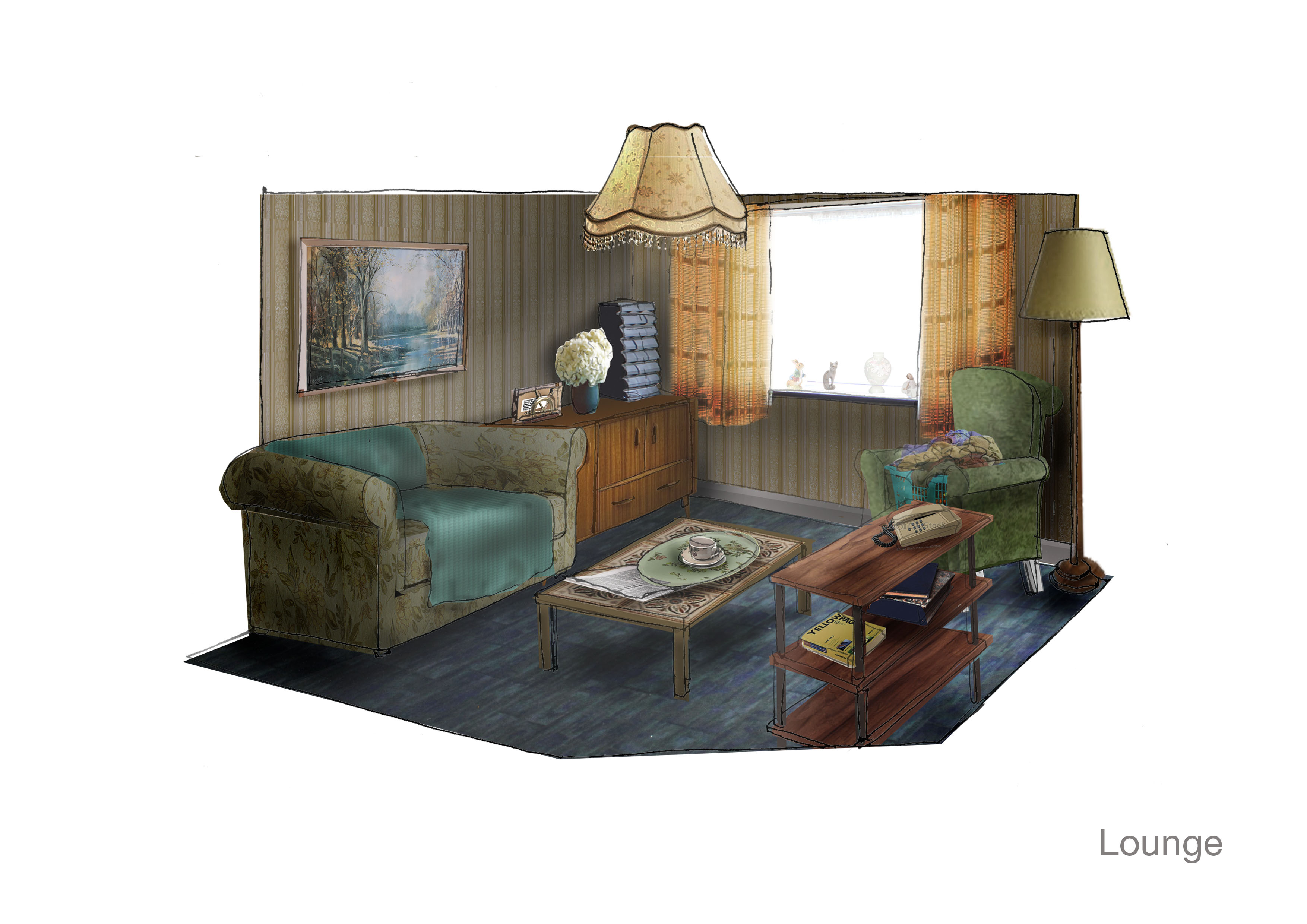 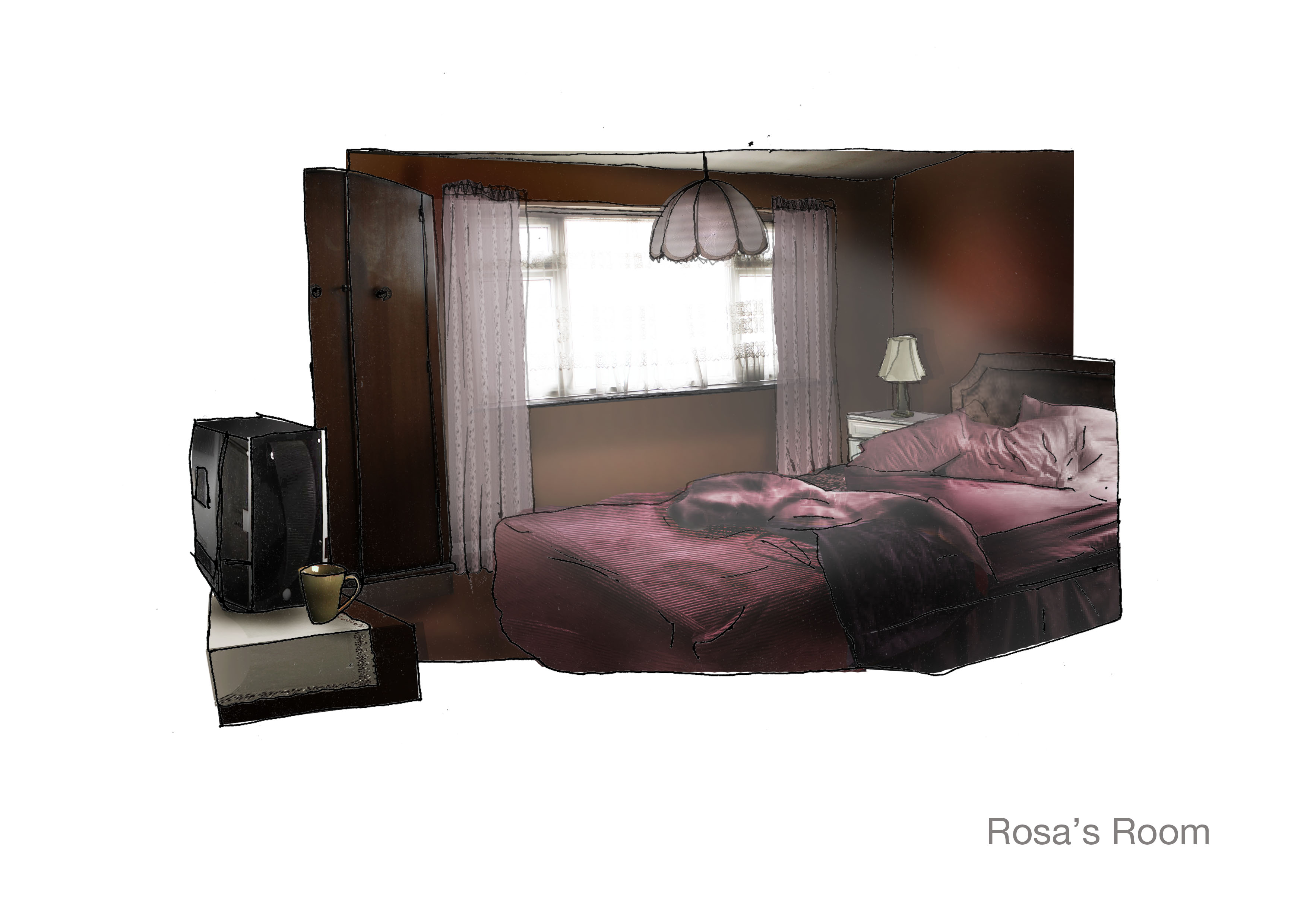 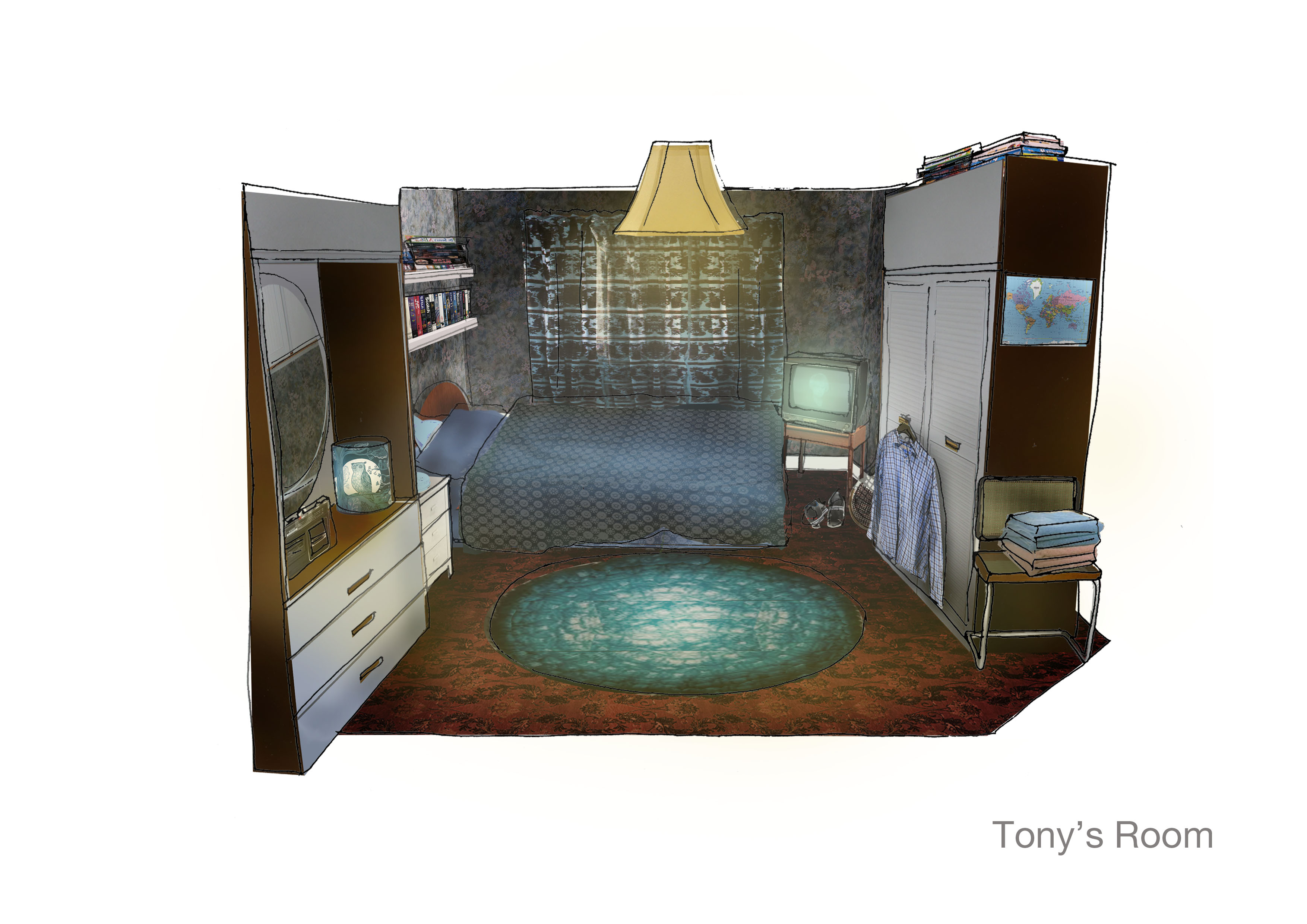 Trailer for Some Things Mean Something. 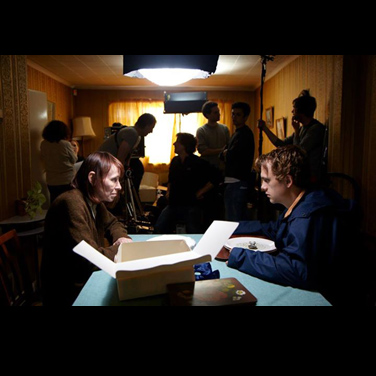 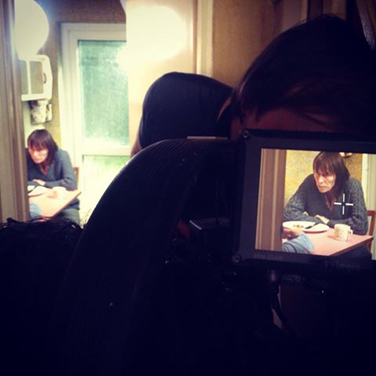 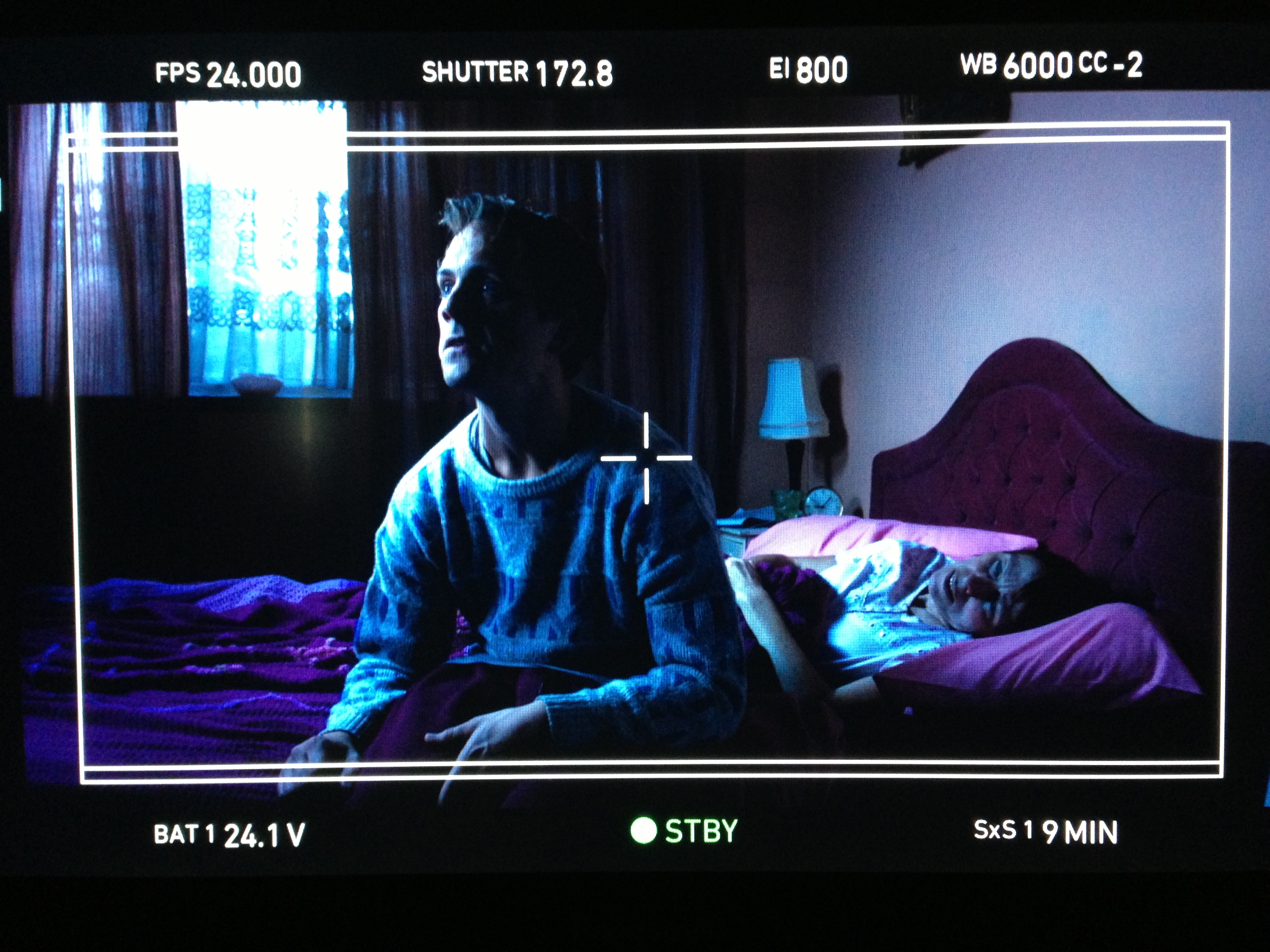 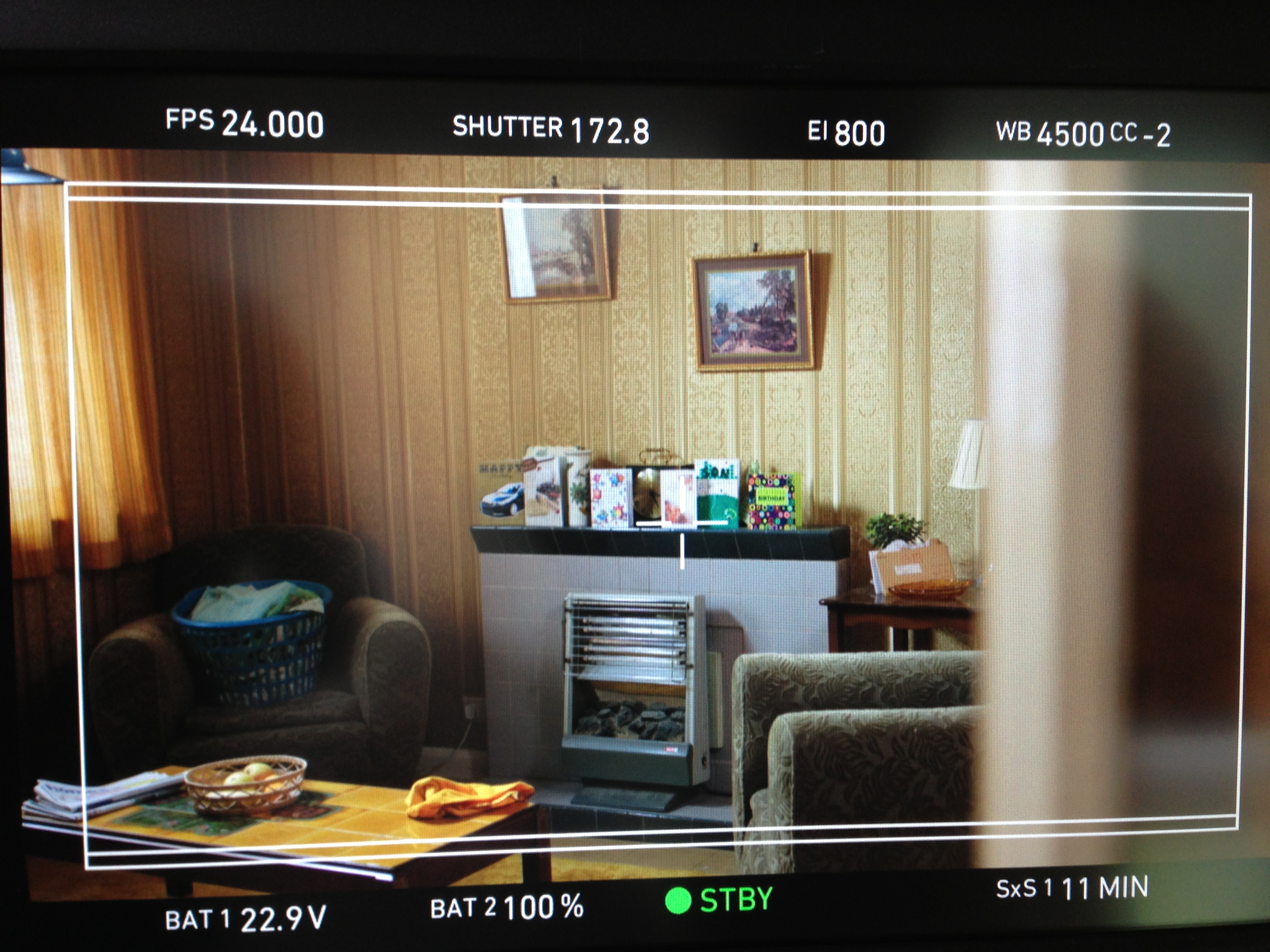 Poster for the screening of Some Things Mean Something for cast, crew and friends 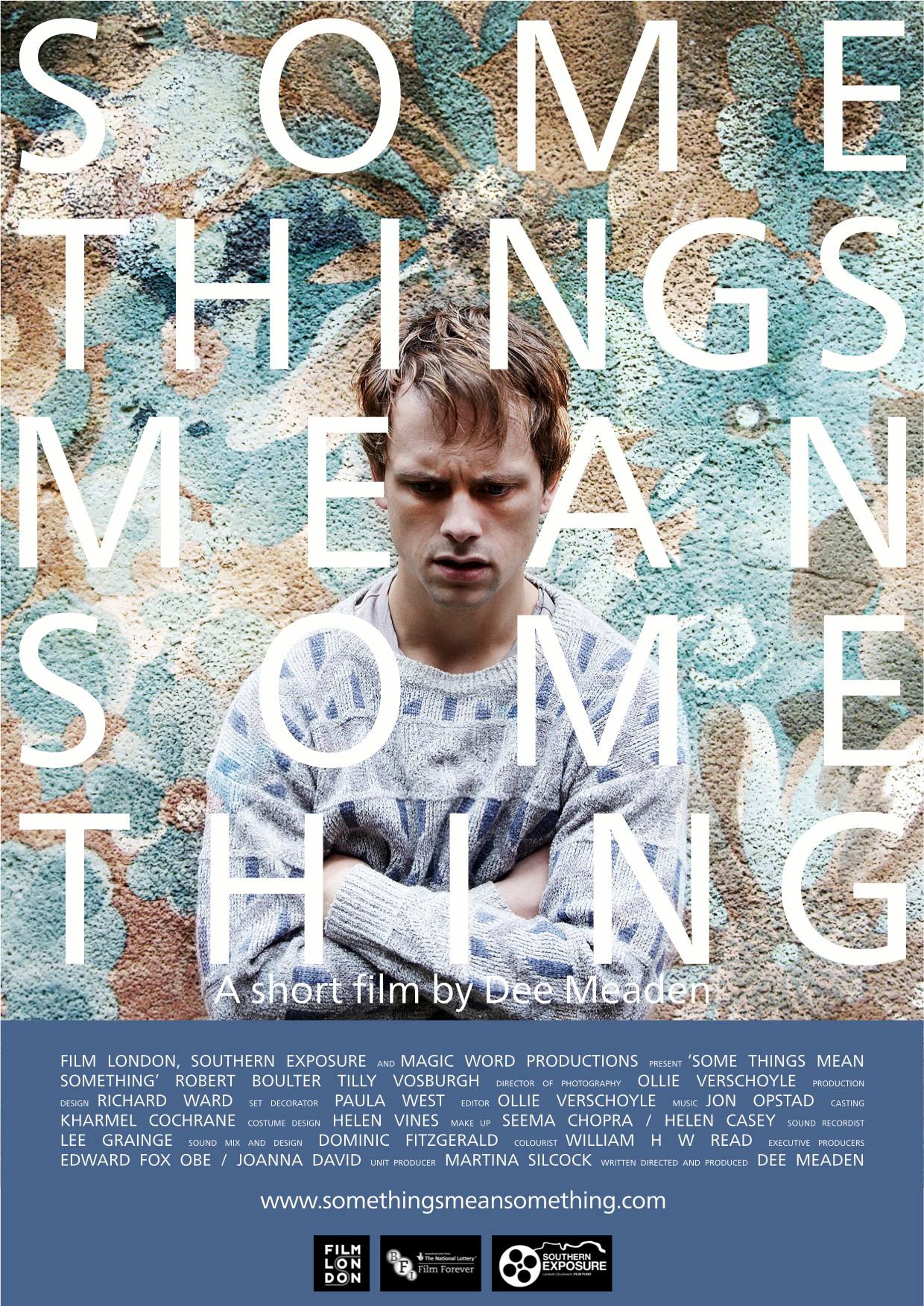